About Los Angeles: The City

Exciting and frightening in equal measure, Los Angeles defies even the most lurid and colorful descriptions.

The city has no single nucleus, but sever­al, widely separated. Wandering around on foot is unsafe and will reveal little, and no one walks in LA, so to get to the best places to visit we recommend a driving route to guide you safely through the captivating sections while keeping you clear of the trouble spots.

Of course, you can make good use of this section without actually doing the route, but it does guide you through the confusing conglomeration of areas – many of them cities in their own right – which form this vast, flat metropolis, large chunks of which are consumed by nothing more interesting than car-repair forecourts and mini-shopping malls.

Four other sections of this site converge on LA – The Southern Central Coast, The Inland Empire and The Southern Coast – it’s worth looking at them all. However, access is probably easiest from Santa Monica, on the Los Angeles coast – see also that section. From Santa Monica, you’re perfectly placed to move inland to Westwood and the UCLA campus, and to continue the few kilometres east to glamor-soaked Beverly Hills, a great place to spend a night and an even greater place from which to send postcards – embossed with a Beverly Hills postmark – to your friends.

Alternatively you can stay, just east of Beverly Hills, in West Holly­wood, a lively and fashionable area with the bulk of the city’s nightclubs. By contrast, Hollywood itself should only be tackled in daylight: the area has several must-see movie landmarks, but much of Hollywood is drab and tawdry and won’t make you feel like lingering long.

After Hollywood, the rest of your second day should be spent in Down­town LA, the most compact and diverse part of the city. There are choice things to see in Downtown but consider moving directly on to Pasadena, an appealing small town ringed by suburbia and with several important museums within easy reach.

The best way of getting around is probably the Metro Rail https://www.metro.net/riding/maps/), an urban over and underground rail system serving Los Angeles County. It runs 24 hours, 7 days a week and operates to Long Beach, Redondo Beach, Pasadena and Hollywood. You can pay for your fare at the metro stations. A day pass will cost approx. $7 USD and a seven-day pass around $25 USD. The Metro also goes to Bob Hope Airport. 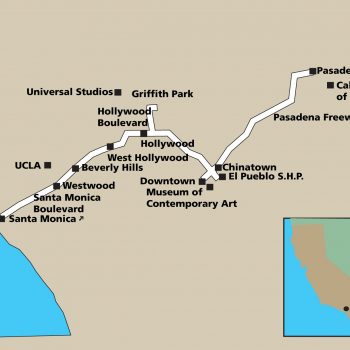 The glass towers and city-within-a-City ambience of the Bonaventure made an exciting addition to the Downtown cityscape a few years ago but nowadays seem a trifle passe Nevertheless, if you want to stay in an ultra-modern hotel where the (rather ordinary) rooms are reached by way of several shopping malls and numerous nightclubs and restaurants, there’s no better place. 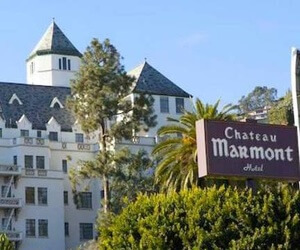 Plenty of top-bracket celebrities inhabit the bungalows, lesser names use the cottages, and ordinary folk with style occupy the regular rooms at this well-known and very comfortable hotel. The impressive roll call of former guests includes John and Yoko Lennon and comedian John Belushi, who checked in but never checked out. 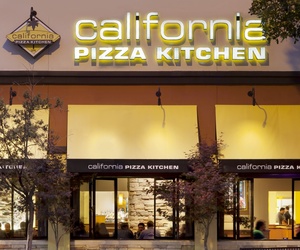 Where the California pizza – with toppings such as Bombay duck, Thai chicken or roasted shrimp-in-garlic – first saw the light of day. Also offers a wide assortment of pasta dishes and salads. Interesting food and usually an interesting crowd to be found here, too 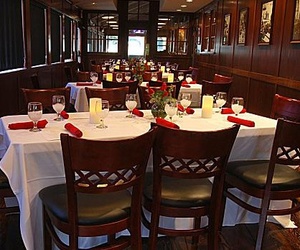 Promises 43 varieties of seafood – including oysters – and delivers them in many mouth watering styles. The generous Sunday buffet brunch is a must for devoted fish eaters.